Album: Four Words to Stand On 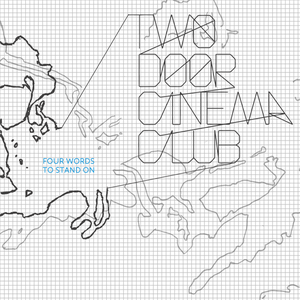 "Four Words To Stand On" is the first released EP by Bangor-formed band Two Door Cinema Club. The EP was released at an EP launch on 26th March 2008 in Belfast, having a tracklist of: 1. Cigarettes In The Theatre 2. Do You Want It All? 3. New Houses 4. Undercover Martyn 5. Standing on Ghosts A short documentary-styled video was released on Youtube the next month by bluecalfproductions (Youtube username). The video can be seen here: http://www.youtube.com/watch?v=DmXV1Lfpeto This EP is no longer for sale, however can occasionally be found on auctioning websites such as eBay. User-contributed text is available under the Creative Commons By-SA License; additional terms may apply.