There are at least 2 artists called Oar: 1) Sydney-based Post-Black Metal from former members of sleepmakeswaves, Lycanthia and Eleventh He Reaches London. 2) With a mutual love of star wars, monsters and doom Oar are a four piece from Birmingham UK. Formed in early 2010 they emerged onto the local scene scoring sets with the likes of local heroes Slab and Mercer. Due to a lineup change in early 2011 Oar are working towards a full length release later in the year. ead more on Last.fm

Stories Of A Stranger

In Between Now And Then 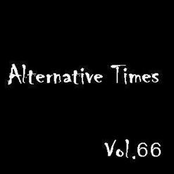 For The Kids Three!